Last week was not a good week in Argentina. Frosts were recorded in many areas with continued generally dry conditions. Corn planting only advanced 1.1% to 22.9%. Farmers in Argentina generally do not like planting their corn during the month of November, so the planting percentage may increase only about 1% per week for the remainder of November.

Therefore, by the end of November, probably less than 30% of the corn in Argentina will have been planted. The second phase of corn planting will start in late November or early December and conclude in mid-January. Generally, the late planted corn yields 10-15% less than the early corn, but that depends on the weather.

Frosts last week adversely impacted some of the more advanced corn by burning off some of the exposed leaves. The cold temperatures also slowed germination, emergence, and early development of the corn. Some of the earliest corn that was planted between September 5th to the 10th was approaching pre-pollination when the frost occurred.

Additionally, the 2022/23 corn acreage in Argentina will probably end up being less than originally anticipated due to switching some of the early corn to soybeans instead. As much as 500,000 hectares of corn (1.23 million acres) could be switched to soybeans, but we won't know for sure probably until sometime in late December.

The corn in Argentina was 22.9% planted as of late last week compared to 28.4% last year and 34.6% average. This represents an advance of only 1.1% for the week. In the core production areas, the corn is 70% planted with 25-35% planted in southern Argentina and 0% planted in far northern Argentina. The early corn is 54% planted compared to 64% average. The graph below from the Buenos Aires Grain Exchange illustrates how slow the corn planting has been this season (black line). 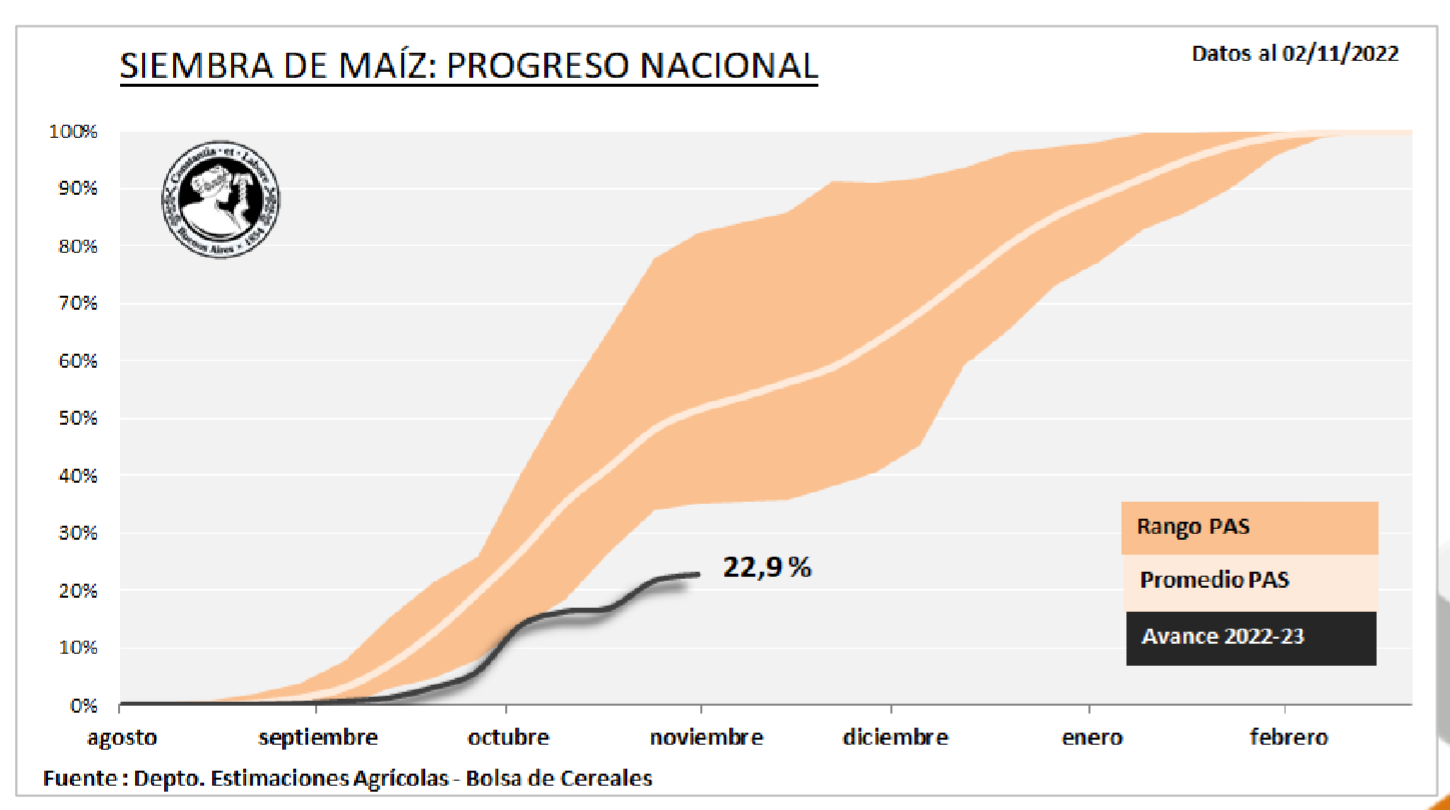 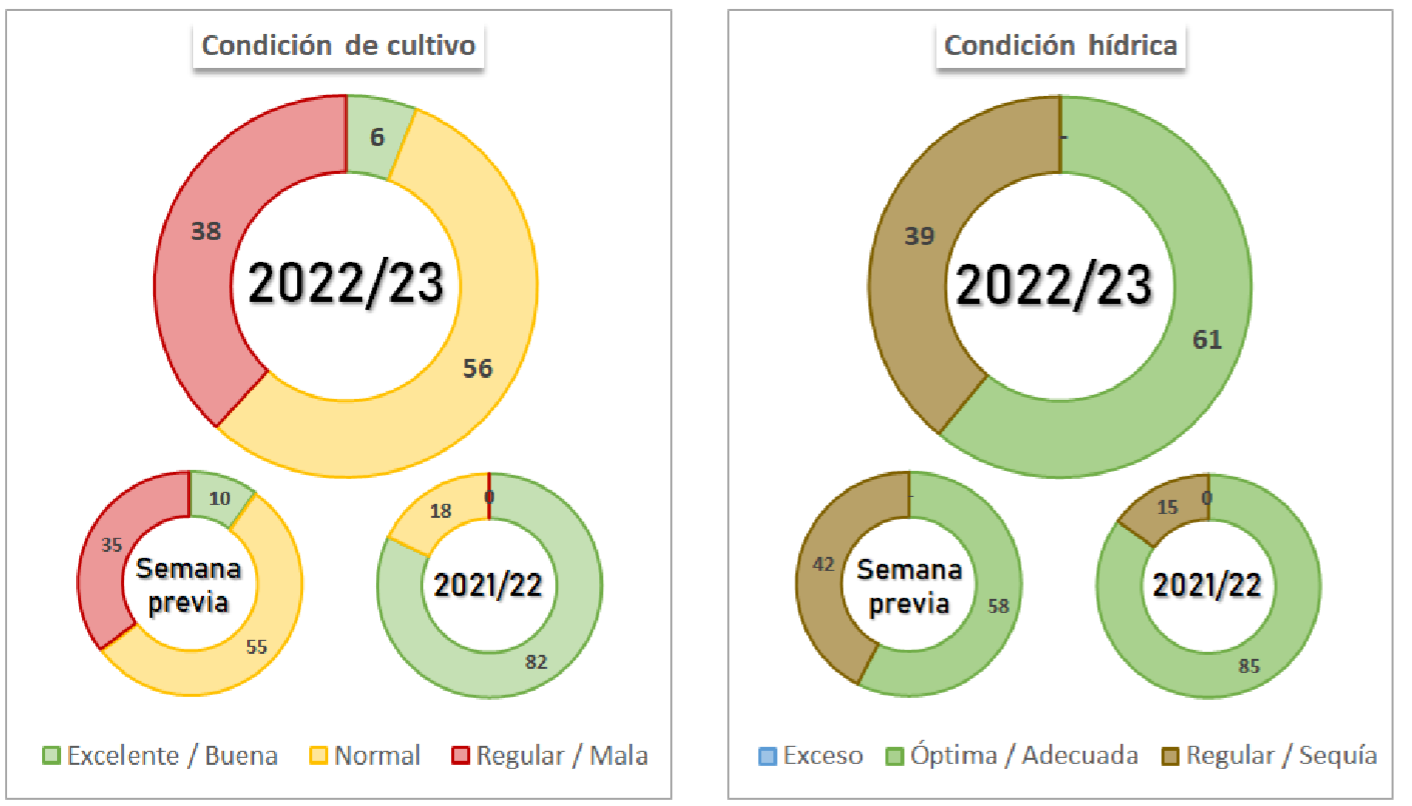