The rainfall last week in west-central Brazil was irregular, which has increased farmers concerns especially since the temperatures have increased. In southern Brazil the rainfall has also been below normal and farmers are hoping for improved rainfall. Over the weekend, most of the rain fell in northern and eastern Brazil. Rainfall this week is expected to favor the northern and eastern areas again with dryer weather in western and southern Brazil. Rainfall is expected to be more widespread in the 6-10 day period.

Dry weather is starting to be more of a concern in central Brazil especially since the earlier planted soybeans are now in their reproductive phase. On the positive side, it looks like Brazilian farmers increased their soybean acreage more than originally anticipated. Therefore, the increased acreage may compensate for potentially lower yields caused by the dry weather.

Conab will release their next crop estimates on Thursday, December 8th. They may increase the 2022/23 soybean acreage again after they increased it 350,000 hectares in the November report.

The 2022/23 Brazilian soybeans were 87% planted as of late last week compared to 90% last year and 81.5% average according to AgRural. This represents an advance of 7% for the week. The planting pace in Brazil has slowed over the last several weeks. Planting is near completion in Mato Grosso, Mato Grosso do Sul, Parana, and Goias. The areas left to plant are mainly in Rio Grande do Sul and Santa Catarina in southern Brazil and Piaui and Para in northeastern Brazil. 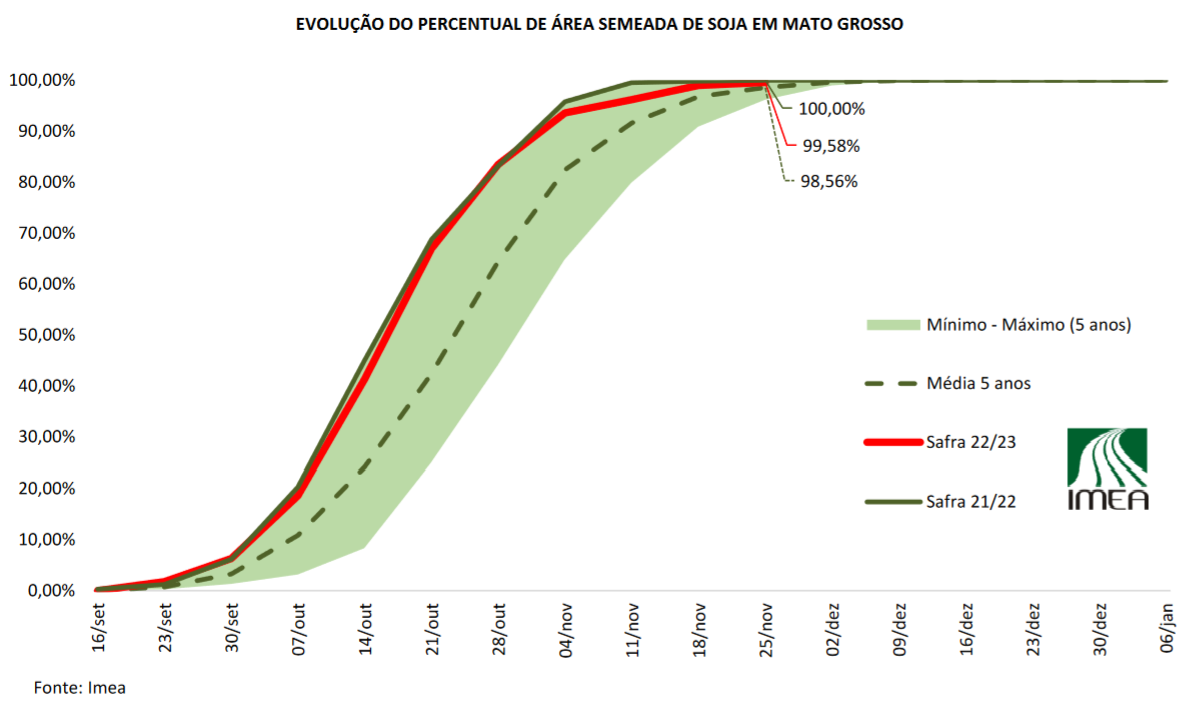 Pockets of dryness in Rio Grande do Sul and Santa Catarina have caused farmers to slow down their soybean planting while they wait for improved soil moisture.

In the municipality of Amambai in southwestern Mato Grosso do Sul, the rains arrived on September 10th and the weather has been beneficial since then. According to the president of the Rural Union of Amambai, the soybean harvest is expected to start January 15-20 and farmers are expecting yields of 52 to 56 sacks per hectare (46.4 to 50 bu/ac), which is better than average.