Even though Argentina received some rain over the weekend, approximately 40% of the soybeans are still waiting to be planted. Farmers that received rain will probably go ahead and plant. Those farmers that did not receive rain, will probably hold off planting until the soil moisture improves, but they may be running out of time.

Soybean planting in Argentina needs to be completed within about two weeks and some areas may not receive the moisture needed to plant. Therefore, there is the possibility that not all the intended soybeans will get planted.

Argentina did receive several bouts of rain over the holiday weekend that brought some relief to the dry conditions. The rains were not enough to recharge the soil moisture, but they were probably enough to encourage farmers to try to finish their soybean planting as quickly as possible.

The lack of soil moisture earlier last week slowed the soybean planting. Last Wednesday (December 21st) was the longest day of the year in the Southern Hemisphere and the soybeans in Argentina were only 60% planted. Since soybeans are photoperiodic, the last 40% of the soybeans are going to be emerging when the days are getting shorter. This will trigger the soybeans to start flowering earlier-than-normal in their development, which will probably result in lower yields. 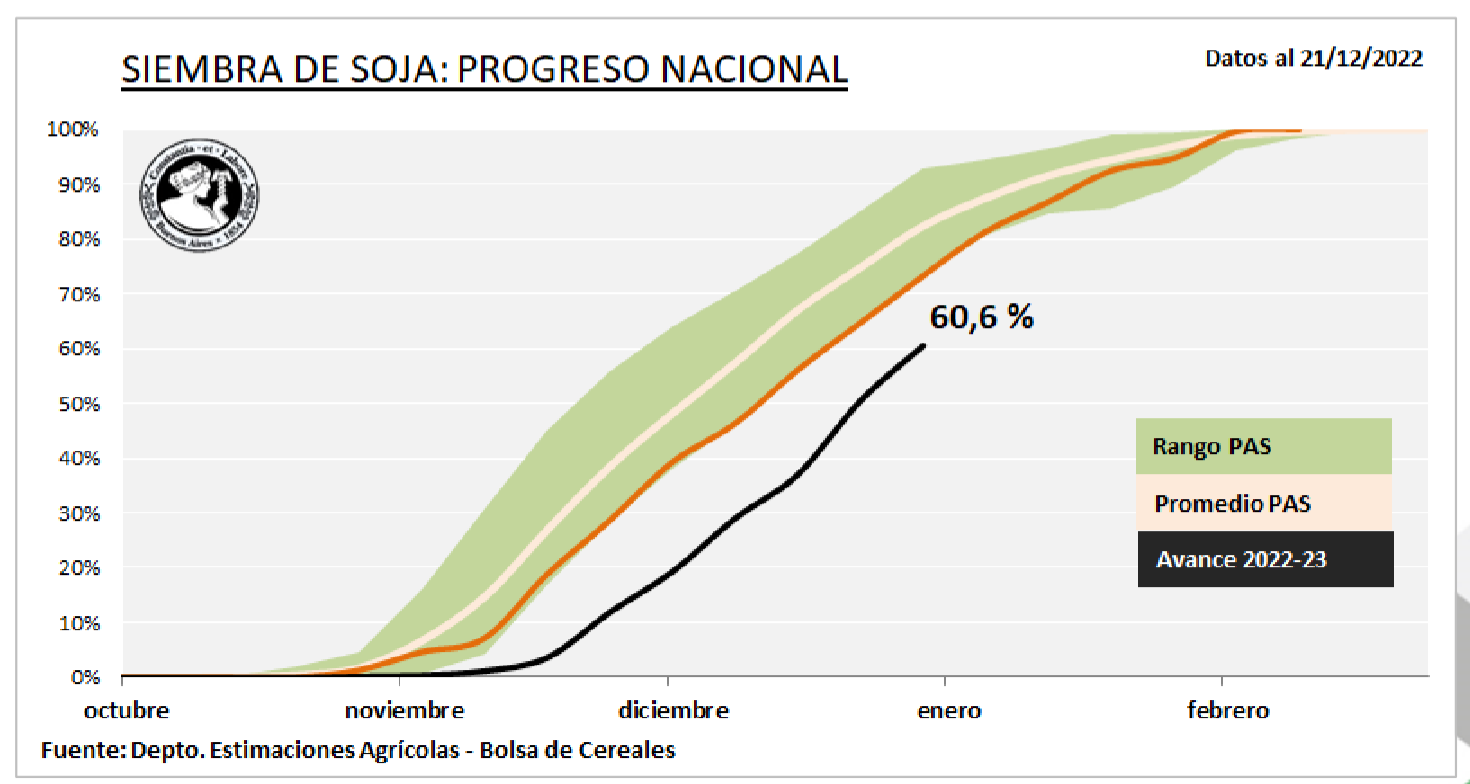 Below is the soybean condition rating in Argentina from the Buenos Aires Grain Exchange for December 22, 2022. 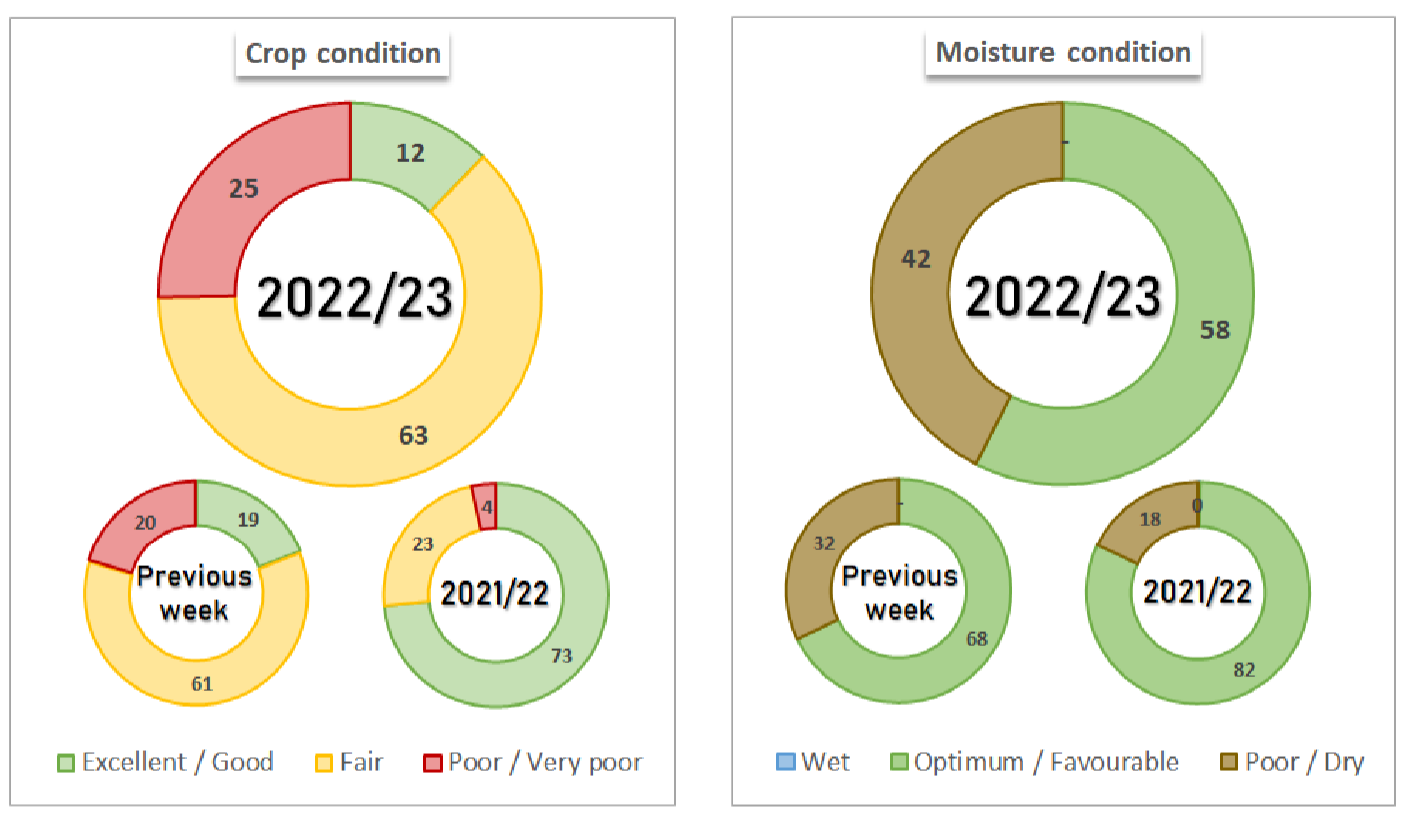