I do not like to keep repeating myself week after week, but some regions of Brazil continue to receive beneficial rains, while other regions could use additional moisture. Most of Brazil continues to receive adequate precipitation except for Rio Grande do Sul, western Santa Catarina, southwestern Parana, and parts of southern Mato Grosso do Sul. The forecast for the month of January continues to call for adequate rains across central and eastern Brazil with below normal rainfall across far southern Brazil.

The 2022/23 Brazil soybean estimate was again left unchanged this week at 151.0 million tons with a neutral bias. The soybeans in central and northern Brazil are expected to do fine while the yields of the soybeans in far southern Brazil will depend on the rainfall during January.

Soybean harvesting has started in selected regions of Mato Grosso and it should start this week or next week in Goias. Nationwide, less than 1% of the soybeans have been harvested.

Mato Grosso - The early soybean harvest has started in selected areas of Mato Grosso, especially in the west-central part of the state. The first soybeans to be harvested are early maturing soybeans which mature in about 95 days. January is the peak of the summer rainy season in Mato Grosso and farmers are hoping that the weather does not turn excessively wet.

The weather during the growing season has been beneficial for soybean development in Sorriso and farmers are expecting soybean yields to surpass the long-term average yield of 60 sacks per hectare (53.6 bu/ac). January is the peak of the summer rainy season in Mato Grosso and farmers are hoping that excessive rains do not delay the soybean harvest.

The Mato Grosso Institute of Agricultural Economics (Imea) has estimated that 98% of the safrinha corn in the state should be planted before the ideal planting window closes. Early planting of the safrinha corn is essential for high yields because it allows corn to mature before the onset of the annual dry season. The summer rainy season in Mato Grosso usually ends in early May.

Municipality of Canarana, Mato Grosso - In the municipality of Canarana in eastern Mato Grosso, the weather this growing season has been beneficial and the soybean harvest should start about January 10th. Farmers are expecting yields in excess of 60 sacks per hectare (53.6 bu/ac) and they should be able to plant their safrinha corn within the ideal planting window. Farmers have been slow to forward contract their anticipated 2022/23 soybeans as they wait for higher prices.

Parana - The soybeans in Parana are 1% germinating, 41% in vegetative development, 40% flowering, and 18% filling pods according to the Department of Rural Development (Deral). The soybeans are rated 1% poor, 9% average, and 90% good.

In the municipality of Dr. Camargo in northern Parana, farmers will start harvesting their soybeans in February and they are expecting yields in the range of 60-65 sacks per hectare (53.6-58.1 bu/ac). The growing season started off dry, but the weather improved and stayed beneficial. In fact, some of the soybeans grew too tall and they may be subject to lodging going forward.

Below are two pictures from producer Mr. Ildefonso Ausec in northern Parana that was posted on Noticias Agricolas on December 29th. In the first picture, everything green in the background is soybeans, which is typical in northern Parana. The first crop is usually a monocrop of soybeans followed by a second crop of corn or winter wheat. In 2022, Mr. Ausec planted a second crop of wheat because he felt it was a better option than safrinha corn. In the second picture, the soybean pods are still flat, so the soybean harvest will probably not start until sometime in early February. 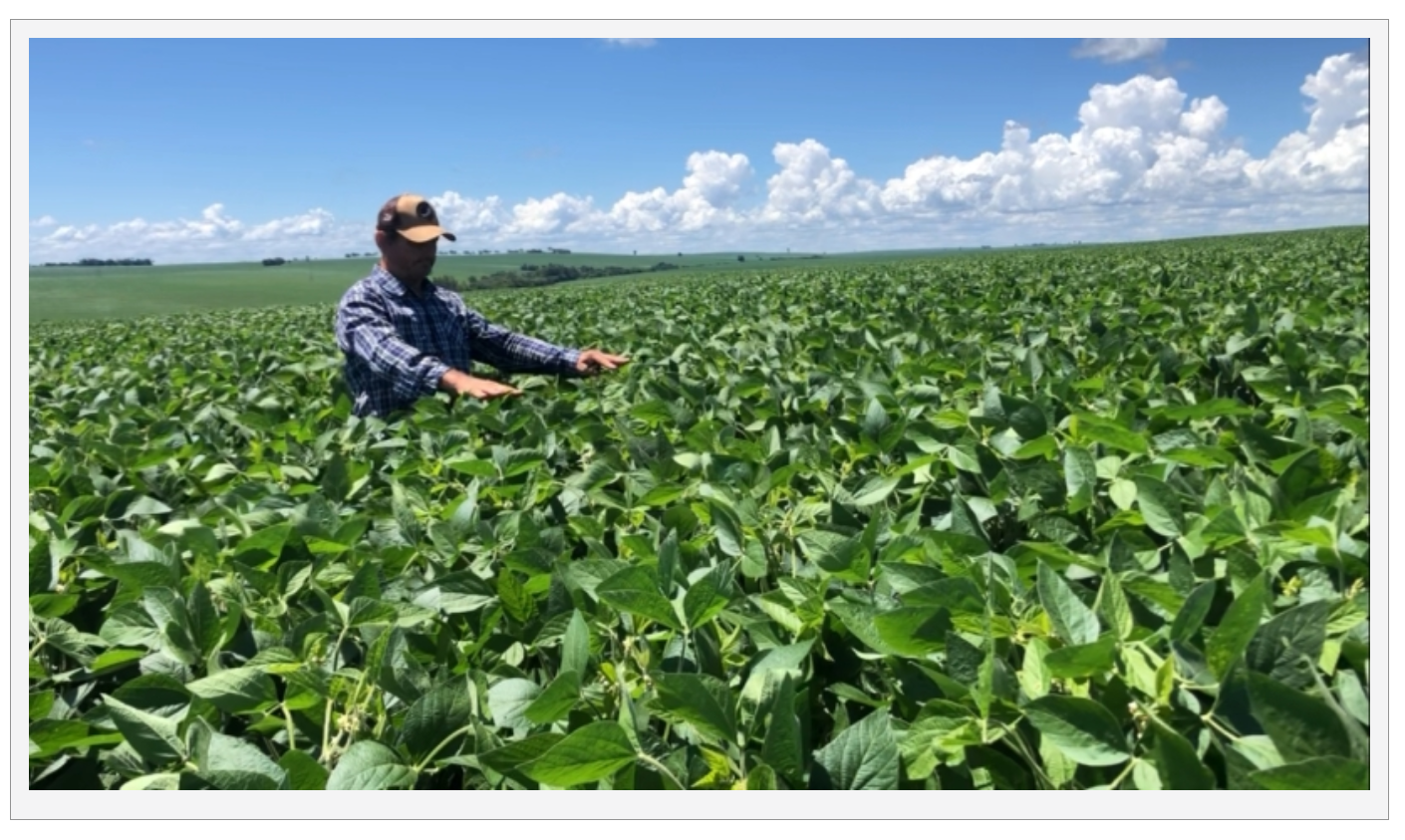 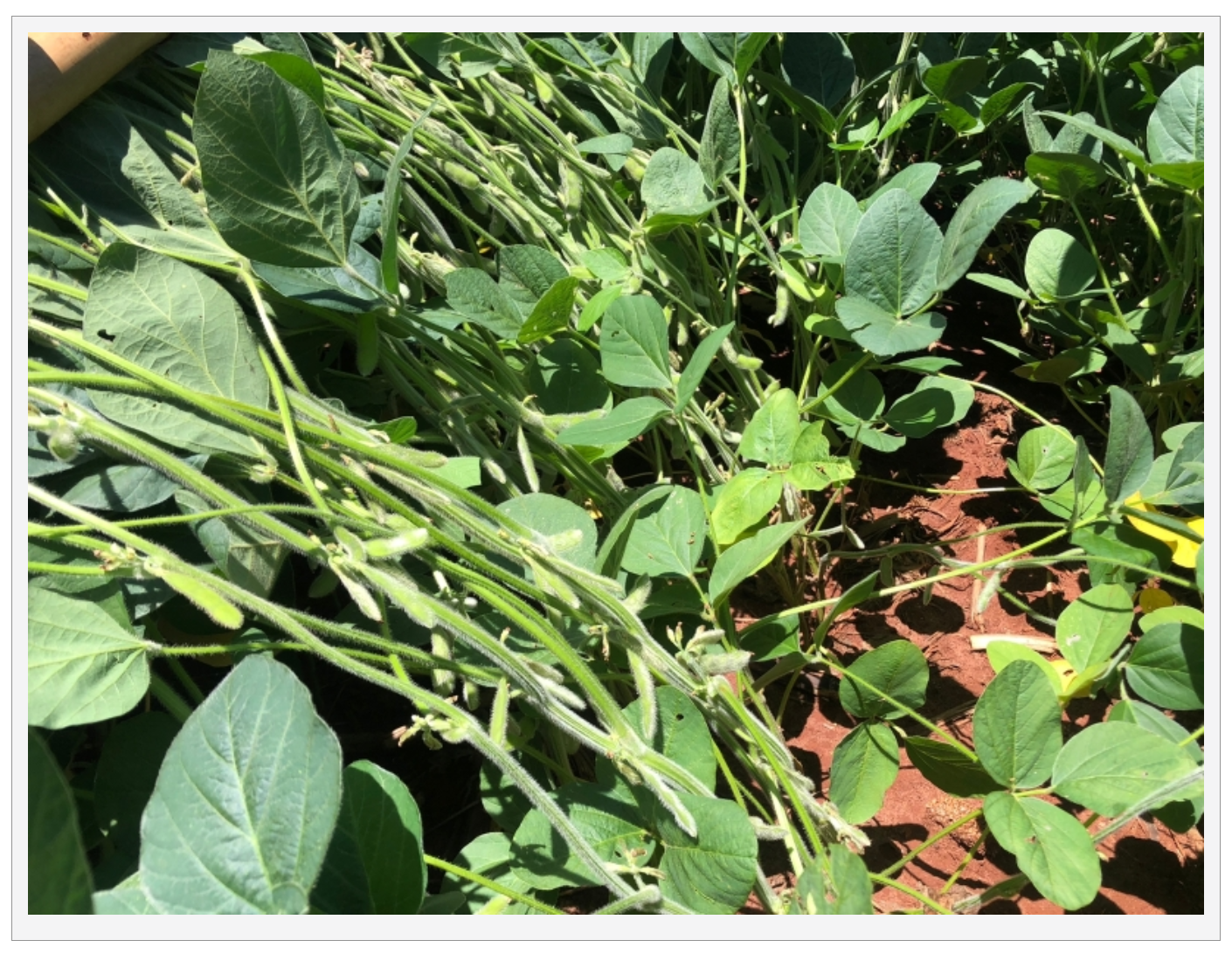 Rio Grande do Sul - Farmers in the state planted 93% of their soybeans as of late last week. There are reports that some farmers planted their soybeans in dry soil in anticipation of forecasted rains. Rainfall in the state has been erratic and the soil moisture varies from adequate to extremely dry. The earliest planted soybeans are starting to flower, so rainfall is now needed more than ever.

In the municipality of Carazinho in north-central part of the state, rainfall has varied from neighbor to neighbor with some areas dry for over 30 days. Even farmers with irrigation had trouble supplying adequate water to the crop.